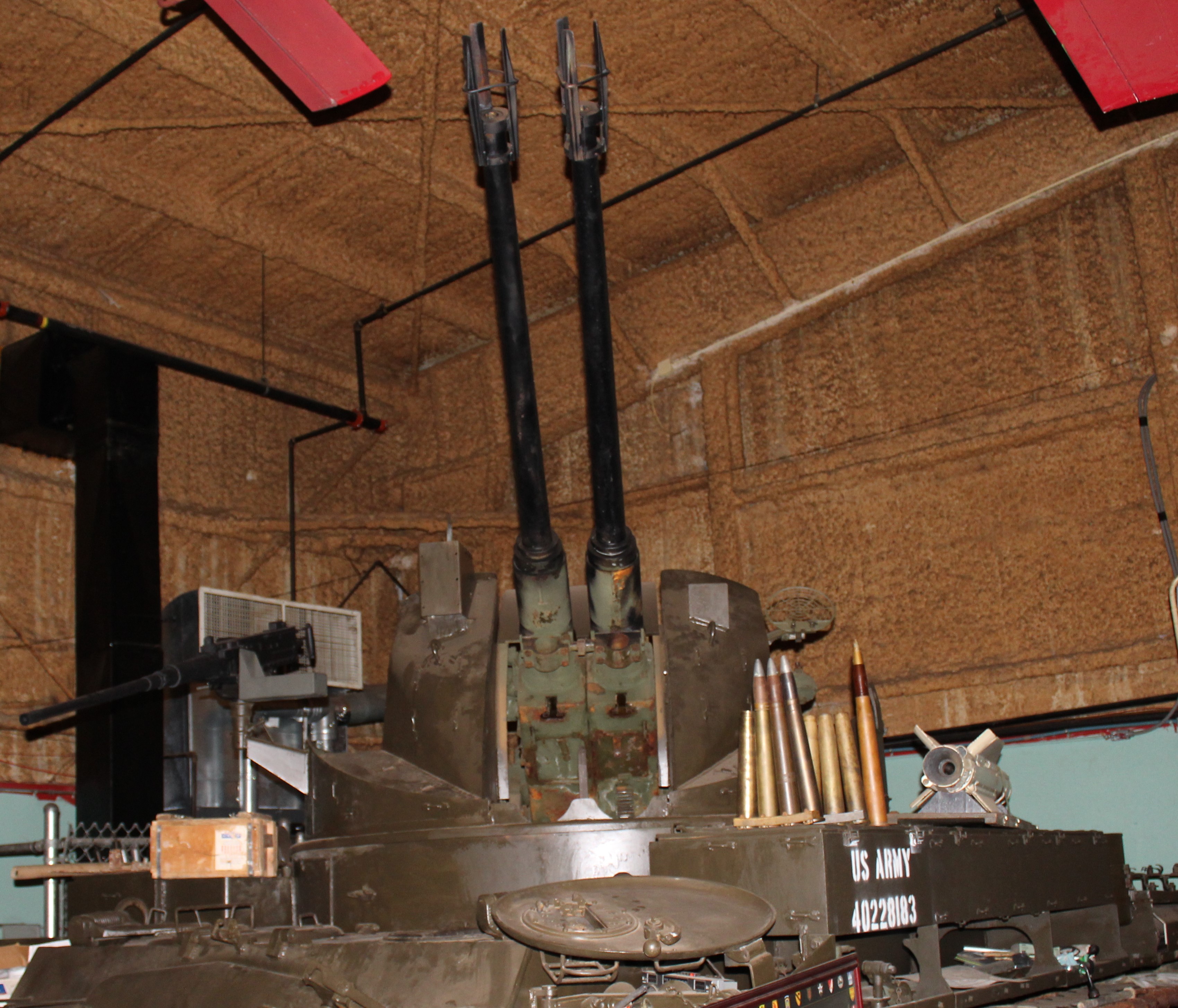 The M42A1 “Duster” is a self propelled, tracked anti-aircraft weapons platform. These were produced by General Motors Corporation for the US Army from 1952 through 1960 and remained in service until 1988.  The design of the vehicle was based on the M41 light tank. Although designed as an anti-aircraft weapon, the Duster was more frequently and effectively used against ground targets. The Duster was employed by the US Army in the Korean War and later in the Viet Nam War. The M42’s twin 40mm Bofors cannons provided devastating firepower making the vehicle highly favored in convoy protection, point security and perimeter defense. 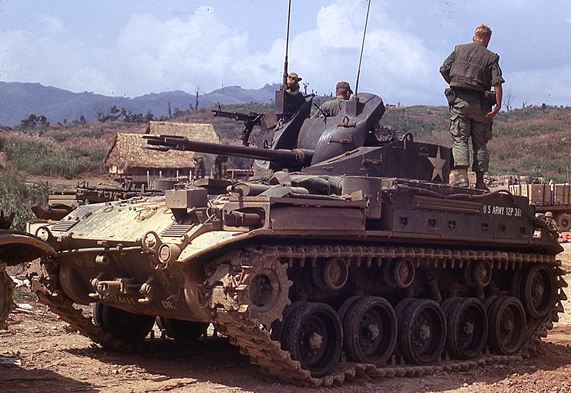 The M42A1 anti-aircraft weapons system was designed to accompany tanks into battle to provide protection against enemy aircraft. The vehicle was equipped with the popular WW2 M2A1 Twin 40 MM Bofors automatic cannon mounted in a M4E1 gun mount which could fire 120 rounds per minute. The powerful weapon had a range of over six miles. Sustained fire could exhaust the ammunition stock on just 90 seconds.  The firepower of the Duster was devastating against lightly armored vehicles and troops caught in the open. The M42A1 Duster was superseded by the M163 Vulcan Air Defense System.

The M42 chassis was derived from the M41 Walker Light Tank developed in 1947. The chassis utilized an all-welded steel hull and a turret system equipped with the M2A1 twin 40 MM Bofors cannons.  The M42 was powered by a single 6 cylinder air-cooled gasoline engine producing 500 HP. The M42 chassis incorporated a torsion bar suspension, a sloped glacis plate, and five road wheels per track. Combat loaded weight is 49,500 lbs. The chassis is 21 ft long and 11 ft wide. The fuel capacity is 140 gallons. The maximum rate of fire for both guns is 240 rounds per minute. The barrel life is 12,000 rounds. Clips for the Bofors 40 mm gun contain 8 rounds each. 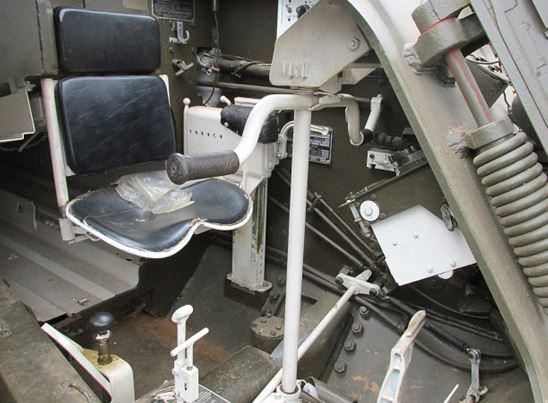 The commander’s and driver’s hatch doors are located at the front right and left of the vehicle. The hull has four drain valves used to drain the interior of water, oil or fuel. An instrument panel is located in front of the driver’s steering controls. This panel contains the starter switch, magneto switch, master relay switch, main light switch, engine oil and transmission fluid temperature and pressure warning lights, fuel gauges, tachometer, hour meter, speedometer and odometer. The M42 is equipped with a binocular type infrared M19 Periscope for use when driving the vehicle in blackout conditions and a M13 Periscope for use when driving in daylight conditions. The transmission has five driving ranges: Neutral Park, Neutral Steer, Low, High, and Reverse. Maximum speed is 45 mph in high range and 11 mph in low range. High range is used for normal driving conditions. Low range is used for uphill, downhill or muddy terrain conditions and when encountering obstacles. According to the Army Technical Manual, the M42 is designed to operate in temperatures ranging from -65 to +120F.  Maximum fording depth is 40 inches.

The weapons system is equipped with an M38 computing sight with controls for speed of target, flight direction indicator, and azimuth. The handgrips control the left or right traverse of the turret.  There are also Hand Operating Levers for operating the left and right guns and a firing selector for STOP FIRE, SINGLE FIRE or AUTO FIRE. The turret can be power traversed and elevated, or adjusted with manual cranking handles. The gun is equipped with an M27 Azimuth Indicator located on the gun mount platform to the left of the sight setter’s seat and is linked to the main turret traverse.   The M1A1 Gunner’s Quadrant is used for setting the elevation of the dual gun. An M42C Reflex sight is used bore sighting the dual guns. The twin guns can also be used in “Direct Fire” mode with ring sights graduated for target speed with seven concentric rings.

The engine has a powered starter and an auxiliary generator and manual starter. Two fixed fire extinguishers are provided to suppress fires in the engine compartment. An auxiliary power receptacle allows the vehicle’s electrical system to receive electric power from an external source or to provide power to other vehicles and equipment using a 24 volt system. The vehicle is equipped with an AN/VRC-47 intercommunication system. This system allows crew members to have access to radio communications, provides an intercom system for the vehicle’s crew, and allows personnel outside the vehicle to communicate with those inside and to use the vehicles radio. The radio set is located in the driver’s compartment. The 35 watt FM receiver-transmitter operates from 30 to 70 megaherz and has a maximum range of 20 miles.

The M42 Duster was crewed by 5 personnel, squad leader, driver, gunner and two operators for the cannons.  The Twin Bofors gun can be equipped with a .50 Caliber Browning machine gun Sub caliber System which is used for training purposes only. This system allows for laying and firing the main gun system. The vehicle carries two spare barrels for the 40 mm gun in storage racks above the left fenders. After the Korean War, the Duster was reactivated for use in Viet Nam to supplement the Hawk Missile System, which was somewhat ineffective against low-flying aircraft. During the course of the war, the North Vietnamese Armed Forces possessed limited air resources and thus, presented few targets for the M42. However, the Duster was used very effectively against ground targets including bunkers and gun emplacements. 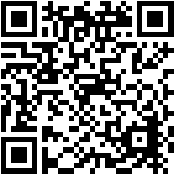