Attention soldiers! June 15 marks the 75th anniversary of the date the Willys-Overland Motor Co. was awarded a government contract to build the first Jeep, which was then referred to as the Willys MB.

The iconic vehicle’s current caretakers at FCA/Jeep are celebrating the date by unveiling a rugged throwback Wrangler 75th Salute. This is a modern interpretation of the Willys MB, but is – unfortunately in our opinion – only a design concept. Featuring an olive-drab militaristic color scheme, and a minimalistic design that eliminates the window “B” pillars and doors and features low back canvas seats, it’s based on a Wrangler Sport model and likewise packs a 3.6-liter V6 engine and rides on contemporary mechanicals.

The original sport-utility vehicle is arguably among the most recognizable rides on the planet, but do you know how the Willys MB came to be called Jeep? It’s officially is a colloquial derivative of the acronym “G.P.,” which stands for “general purpose,” though it’s also said to be influenced by the then-popular character “Eugene the Jeep” from the original Popeye comic strip. For the benefit of our younger readers, this was a mysterious magical animal who’s only utterance was the nonsensical word, “jeep.”

Uncovering the history of Army Jeep #1

Seventy-five years after it wowed the U.S. Army, the oldest known Jeep is getting its due as a symbol of the Greatest Generation's fight and Detroit's role in what Franklin D. Roosevelt called "the Arsenal of Democracy" -- the manufacturing might that helped the Allies win World War II.

"It's an icon of WWII and a symbol of wartime production by the auto industry," said Matt Anderson, transportation curator at the Henry Ford Museum in Dearborn, MI. "It's also the grandfather of all SUVs. It's very rare to be able to trace a whole class of vehicles to a single one, but this is where it all began."

Ford GP-No.1, a prototype for a light, rugged four-wheel-drive vehicle for reconnaissance and other military use, was delivered to the Army for tests Nov. 23, 1940.

"The Army still had horse cavalry then," said 97-year-old Ed Welburn Sr., who served in the U.S. Army in Papua-New Guinea and Australia in WWII. "They brought horses to the island, but you can't use horses in the jungle. The Jeep was small and tough. It could travel most anywhere. The cavalry liked the Jeep much better than horses.

PRNewswire – According to the Historic Vehicle Association the oldest known “jeep” recently celebrated its seventy-fifth birthday. Here are some of the more intriguing facts of the early history of the 1/4 ton, four-wheel-drive reconnaissance truck that became known affectionately as the “jeep.” 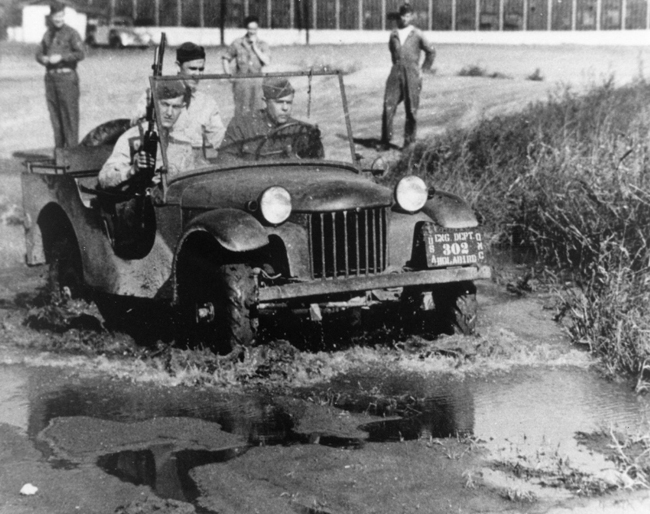 The first 1/4 ton, four-wheel drive reconnaissance truck “pilot model” produced for the U.S. Army was built by the American Bantam Car Company of Butler, Pa. It was delivered for testing to Camp Holabird in Baltimore on Sept. 23, 1940. Subsequent designs by Willys-Overland and Ford while important were refinements on this original U.S. Army and American Bantam concept. (PRNewsFoto/Historic Vehicle Association)

PRNewswire – The Historic Vehicle Association (HVA) announced today the 1940 Ford Pilot Model GP-No. 1 Pygmy as the eighth vehicle to be recorded under the Secretary of the Interior’s Standards for Heritage Documentation. The documentation will be part of the HVA’s National Historic Vehicle Register and the Historic American Engineering Record that is permanently archived in the Library of Congress. The documentation is part of an ongoing collaboration between the Historic Vehicle Association and the U.S. Department of the Interior, Heritage Documentation Programs to document historically significant automobiles, trucks and motorcycles. Principle funding for the documentation of the 1940 Ford Pilot Model GP-No. 1 Pygmy has been provided by Shell Lubricants and Hagerty. 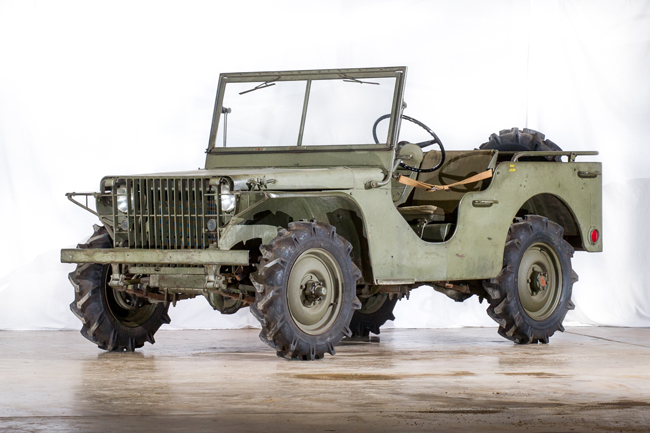 Veterans Memorial Museum is getting some extra elbow room courtesy of the City of Huntsville.

The Widow Maker, Buccaneer-3 helicopter used from 1968 to 1972 in the Vietnam War, spends the month of November making its rounds to various Veterans Day events.

HUNTSVILLE, AL (WHNT) — The museum, housed inside an old airplane hangar off Airport Road in Huntsville, is the state’s official Veterans Museum and the collection it contains is rivaled only by the Smithsonian.
Thousands of items are housed inside the small building that is bursting at the seams.

HUNTSVILLE, Alabama - Whenever former Apache helicopter pilot Rachael Jackson sees a veteran, she said her heart aches and she's compelled to ask God why such great sacrifices are necessary.

MADISON – The James Clemens High School Jets hope to have an actual military jet ‘land’ on campus as its ‘mascot’ namesake. In April, Madison Board of Education approved an agreement to receive a TF-9J aircraft from the U.S. Naval Aviation Museum in Pensacola.

James Clemens High School may soon acquire a real military jet as a salute to its “Jets” nickname. The Madison City Board of Education approved an agreement to receive the TF-9J aircraft from the U.S. Naval Aviation Museum of Pensacola.

Of the three prototypes that automakers submitted for the U.S. Army’s new lightweight scout car in the early days of World War II, Ford’s Pygmy probably shouldn’t have stood a chance. It wasn’t the lightest, it wasn’t the fastest, and it wasn’t the first submitted.

HUNTSVILLE, Alabama - Admission to the Veterans Memorial Museum, the U.S. Space & Rocket Center and Sci-Quest Hands-On Science Center will be free on Sept. 28 with a ticket from Smithsonian magazine's Museum Day Live! program.

MADISON COUNTY, Alabama -- The brown highway signs might have missed your eyes the first time or two you passed them since they went up a couple months ago on Alabama 53.

HUNTSVILLE, AL (WAFF) - The Veteran's Memorial Museum in Huntsville takes you back in time. Uniforms and other memorabilia tell a historical story of our country and our community.

HUNTSVILLE, Alabama - A small convoy of camo- and green World War II and Korean War-era military trucks rolled across the Tennessee River bridge this morning, rendezvoused with a Huntsville police escort and made their way downtown.