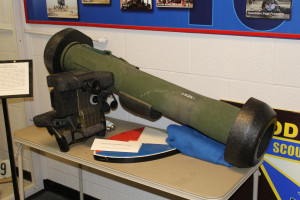 The FGM-148 Javelin is an American-made man-portable fire-and-forget anti-tank missile. It replaced the earlier M47 Dragon anti-tank missile. The Javelin uses an automatic guidance system which allows the operator to fire the missile and immediately take cover after launch. The Javelin can employ a direct fire mode and a top attack mode to strike at weaker armor on the upper surfaces of tanks. 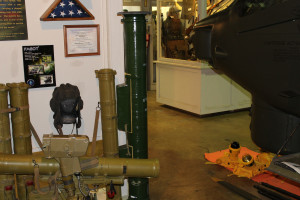 The Norinco HJ-8 Red Arrow is a second generation tube launched, optically tracked, wire guided missile deployed by the People's Liberation Army of China.  The HJ-8 is the successor to the HJ-73 first generation ATGM. Development of the HJ-8 was completed in the early 1980's.  The HJ-8 and a series of variants are manufactured by China North Industries Group Corporation (NORINCO) in China and Kahn Research Laboratories in Pakistan. 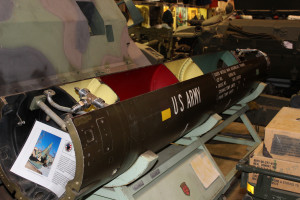 The Lance Missile is a field mobile, tactical, surface-to-surface ballistic missile. The missile was developed to provide nuclear and conventional fire support for the US Army.  The Lance Missile could carry a W70 nuclear warhead, a conventional shaped charge munition designed for bunker penetration, or anti-personnel/anti-material bomb cluster units. The Lance Missile replaced the earlier Honest John and Sergeant SRBM missile systems deployed in 1954 and 1962. 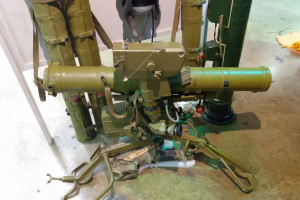 The Russian FAGOT, designated by NATO as the AT-4 Spigot is a tube launched optically tracked wire guided missile. It was first available for use in 1970 and is one of the most widely proliferated ATGMs in the world. It has been adopted by over 40 nations worldwide. Its shaped charge warhead is capable of penetrating 20 inches of steel. The rocket travels at 420 mph and has a range of 1.5 miles. 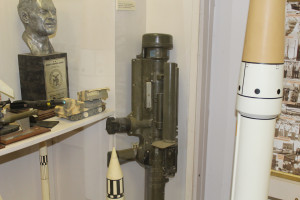 The FIM-43 Redeye Anti-Aircraft  Missile was the first of an entirely new class of weapons:  the MANPAD or Man Portable Air Defense System.  The concept of the MANPAD, a post WW2 weapons system, fulfilled the need for a close-in air defense system to protect troops from low-flying aircraft.  Although it employs sophisticated technology,  it is simple to operate and can be carried anywhere a soldier can carry a rifle.  The Redeye is named after its heat seeking infra-red guidance system. 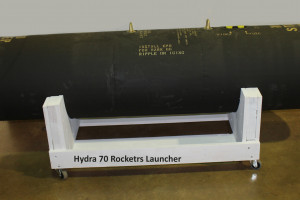 The Hydra 70 rocket is a 2.75-inch (70 mm) diameter fin-stabilized unguided rocket used primarily in the air-to-ground role. The Hydra 70 Launcher was developed at Redstone Arsemal in Huntsville, Al.   The rocket can be equipped with a variety of warheads, and in more recent versions, guidance systems for point attacks. 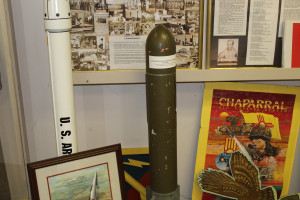 The Shillelagh is a short to medium range anti-tank missile designed to be fired from a conventional rifled cannon. The concept was intended to provide accurate and powerful long range firepower for a light air-transportable tank. 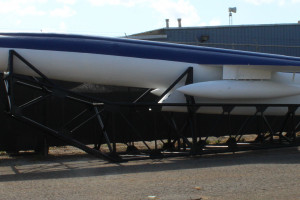 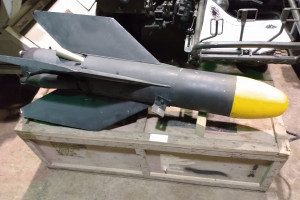 The SS11 is a tube-launched wire-tracked optically guided TOW missile. It was developed by French aircraft manufacturer Nord Aviation. The SS11 was first deployed by the French military in 1956. The missile is a heavier version of the man-portable SS10 and which was intended to arm vehicles, helicopters, and ships. The SS11 was the first helicopter mounted anti-tank missile in the world. The SS11 was also considered to be the smallest anti-ship missile deployed.