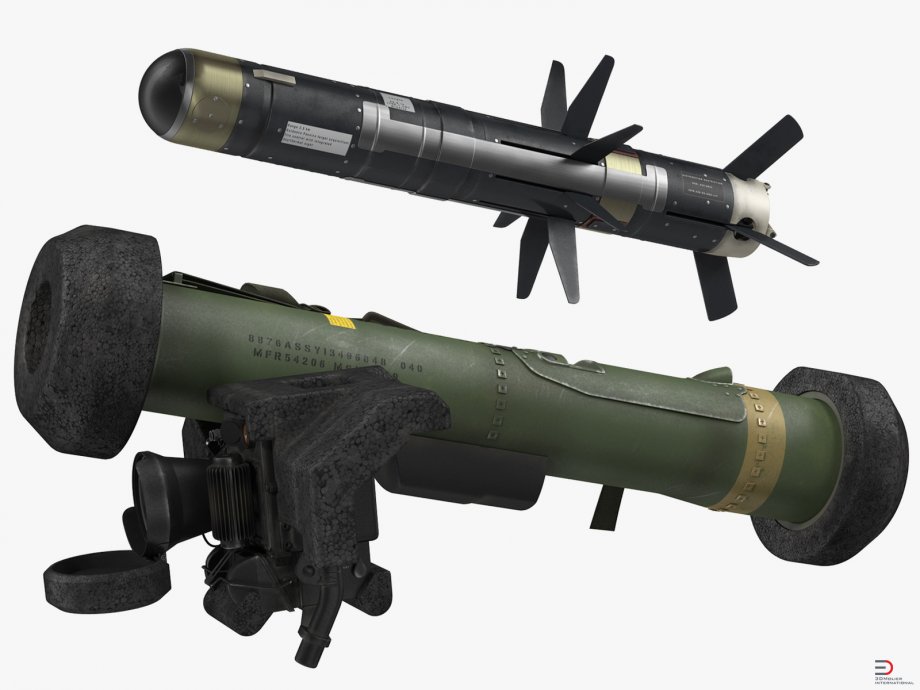 The FGM-148 Javelin is an American-made man-portable fire-and-forget anti-tank missile. It replaced the earlier M47 Dragon anti-tank missile. The Javelin uses an automatic guidance system which allows the operator to fire the missile and immediately take cover after launch. This is an advantage over a system such as the TOW, which requires the operator to maintain sight of the target and guide the missile to its target. This characteristic also allows the crew to switch positions and acquire new targets quickly after launching the missile. Unlike earlier ATGM systems, the Javelin can use a top-attack flight profile in which it flies to a position above its target and then plunges to hit the weaker armor on the top of a vehicle. The Javelin can also be fired in a direct fire mode when used against bunkers and fortified positions. The Javelin is equipped with an infrared imaging sensor and has tandem explosive charges in its warhead. One charge is used to detonate reactive armor while the second is used to penetrate armor underneath. The missile is ejected from the launcher by a secondary propellant and ignites its main propellant after the missile is a safe distance from the operator.  The missile is crewed by a two man team: the gunner and the ammunition bearer.  Development of the Javelin began in 1983. A contract was established with Texas Instruments and Martin-Marietta in 1989. The first Javelins were deployed by the US Army in 1996. The Javelin consists of three primary components: the Command Launch Unit, the launch tube and the missile. The system has three field of view modes, one for daylight, a 4x wide-field-of-view infrared imaging mode for night conditions, and a 12x thermal narrow-field-of-view mode. The Command Launch Unit contains a long-wave IR sensor, a high-definition display, a five megapixel color camera, a far-target indicator using GPS, a heading sensor and a laser range finder. The disposable launch tube can be attached or removed from the Command Launch Unit. The Javelin missile contains a shaped-charge HEAT round. When striking the target, the shaped charge creates a stream of super-plastic metal resulting in a narrow high velocity projectile that penetrates armor using kinetic energy. The Javelin is primarily designed to strike tanks and other armored vehicles. However, the Javelin was also very effective against weapons crews, unarmored vehicles, and buildings during recent combat in Afghanistan and Iraq. Newer warheads have been designed for the Javelin intended to be more effective against personnel. Development for the Javelin is on-going and a newer version, the Javelin F-model was released in May 2020.