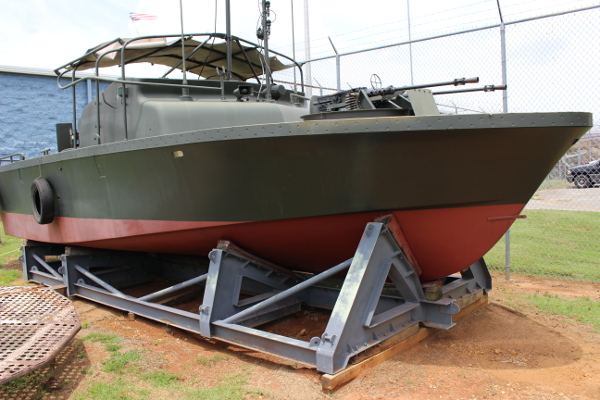 The U.S. Veterans Memorial Museum's PBR was the 87th unit built in 1968 and served with SBU-22 in Gulfport Mississippi. It was used to train the crews that went to Vietnam and was one of the last PBR's in service. 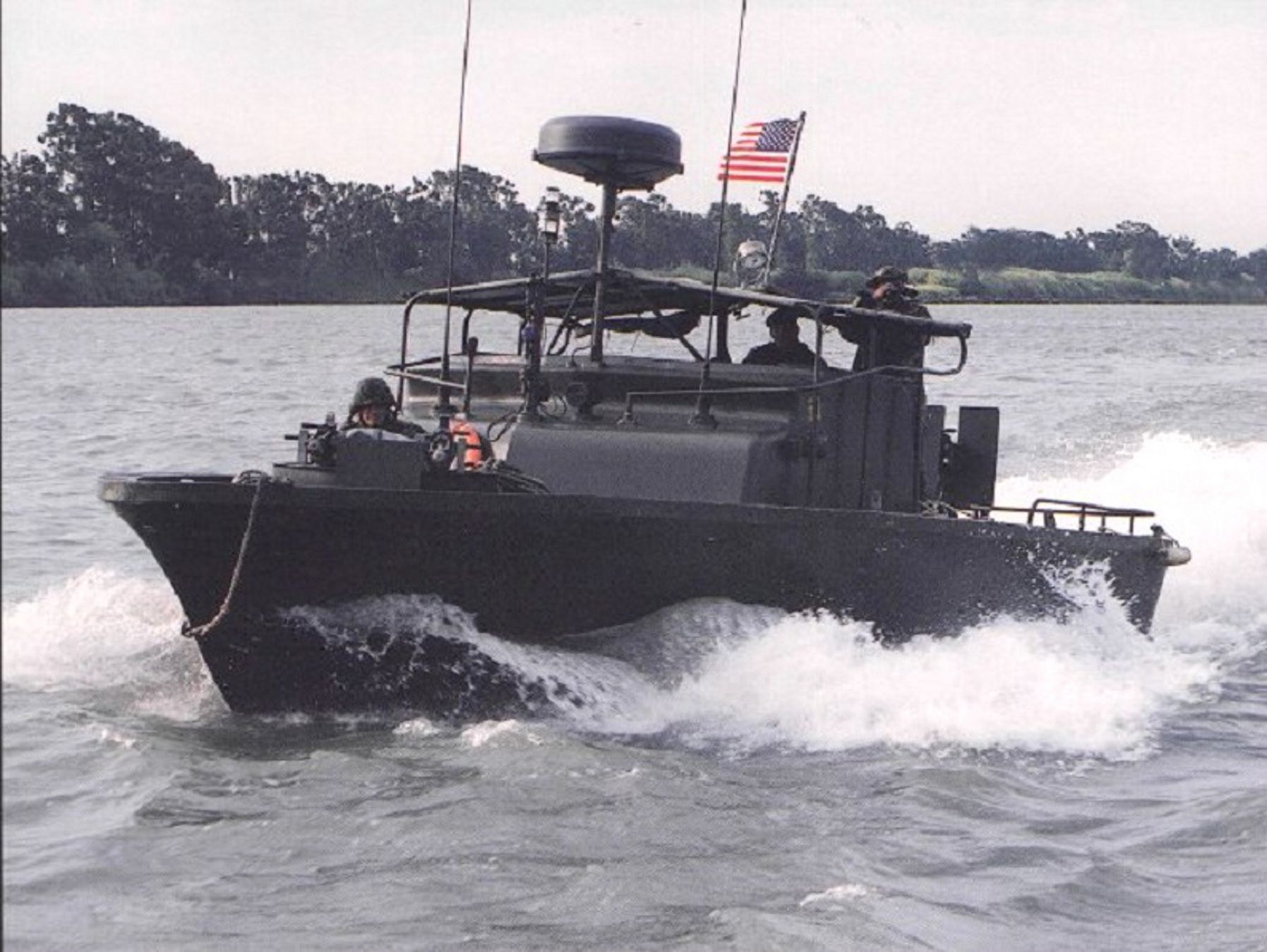 The rivers and waterways of the Mekong Delta were of great significance during the Vietnam War as they were critical for transportation, commerce and communication.  For this reason, the control of the rivers, especially the Mekong Delta was an integral part of the war strategy. The Patrol Boat Riverine played a key role in the struggle to control the rivers of Vietnam during the war and. The Patrol Boat, River or PBR as it is known militarily, became one of the most successful weapons systems used in Southeast Asia. In the Navy, everyone believed that control of the rivers of Vietnam was a key factor in achieving control of the country. Many scholars agree that the nature of the geography and demographics in Vietnam ultimately made control of the rivers and coastal regions was essential to success. The Viet Cong were very active in the Mekong Delta and had much of it under their control. This resulted in shortages of rice and inhibited shipment of rice throughout the country. The riverine force was created in 1965-1966.  It was decided to follow the French paradigm which involved use of the net of waterways, employing ships as mobile bases, and employing smaller craft to patrol the waterways.

United Boat Builders, Inc. (Uniflite Boats) in Bellingham in late 1957, diversified it's product line to help insure the success of the fledgling company.  This approach guaranteed year-around production of   fiberglass boats of up to 48-feet, and employment of a minimum workforce of 400. This was based on producing three separate lines of boats: pleasure craft, commercial designs, and military variations. But it was one particular military variant, the Vietnam War era 31-foot Patrol Boat River (PBR) for the U.S. Navy that elevated Uniflite to national boat builder prominence and financial success. By the end of production in 1968, the company had built about 250 of the widely-known, highly regarded small patrol boats for use in Vietnam.

The design of the PBR patrol boats

The PBR was a versatile boat with a fiberglass hull. The PBR did not use propellers.  Instead, it used a water jet drive which enabled it to operate in shallow, weed-choked rivers. It drew only two feet of water when fully loaded. The boats were highly maneuverable. The drives could be pivoted to reverse direction, turn the boat in its own length, or come to a stop from full speed in a few boat lengths. The boats were powered by dual 180 hp (115 kW) Detroit Diesel 6V53N engines with Jacuzzi Brothers pump-jet drives and reached top speeds of 28.5 knots (53 km/h 32 mph). They were faster than any enemy craft but could be heard 3 miles away. The rigid hull was constructed of fiberglass resulting in a shallow draft, allowing the PBR elements to traverse portions of the Delta where other Navy craft could not enter. Accommodations amounted to a standard load of four personnel with one usually consisting of an interpreter for dialogue and navigational purposes. Ceramic-based armor allowed for some protection for the cabin where three of the crew and their fellow passengers resided. A forth crew member mounted the separated forward armament tub at the bow. The military variant also had a turret up front for a twin .50-caliber machine gun in a rotating tub. A fixed .30-caliber machine gun was located on the stern. The boat’s helm station featured a windscreen with a soft canvas top.  A Raytheon radar was mounted atop the helm station. Standard radar range was about 1000 yards. The coxswain station and gun-mounts had ceramic-armor plating that could stop small arms fire. Installed tightly under the deck were the two GM 180-hp 6V53N diesel engines with no gearbox, since there was no reverse, and no propeller. Instead, it had a flexible shaft with a U-gate and water nozzles that were powered by Jacuzzi 14 YJ water-jet pumps. The pumps were mounted with the intake at the bottom of the boat, which then ran up through the boat and out an opening in the stern. The water would be sucked up through the line and passed through an impeller that would accelerate the water flow, shooting it out of the stern at high thrust. The water nozzles also controlled the steering. When the U-gate was lowered to cover the water nozzles, the water jet was rerouted 180-degrees. This stopped the boat within two boat lengths and allowed turning the boat around “on a dime.” This propulsion system gave the PBR exceptional maneuverability, 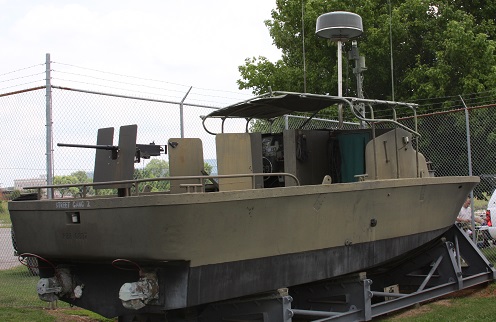 Most crews discovered that their greatest weapon was speed and maneuverability exiting the combat zone. “Hot-dogging” it out of harm’s way; then hitting back was the key to survival. The hull’s fiberglass varied in thickness up to a half-inch, so unless a Rocket-propelled Grenade (RPG) or small arms fire hit the engines or something equally solid, most projectiles would pass straight through the hull, and detonate after exiting. Flotation was built into the boats, which made them nearly impossible to sink. 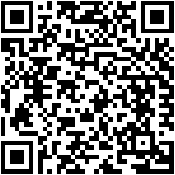