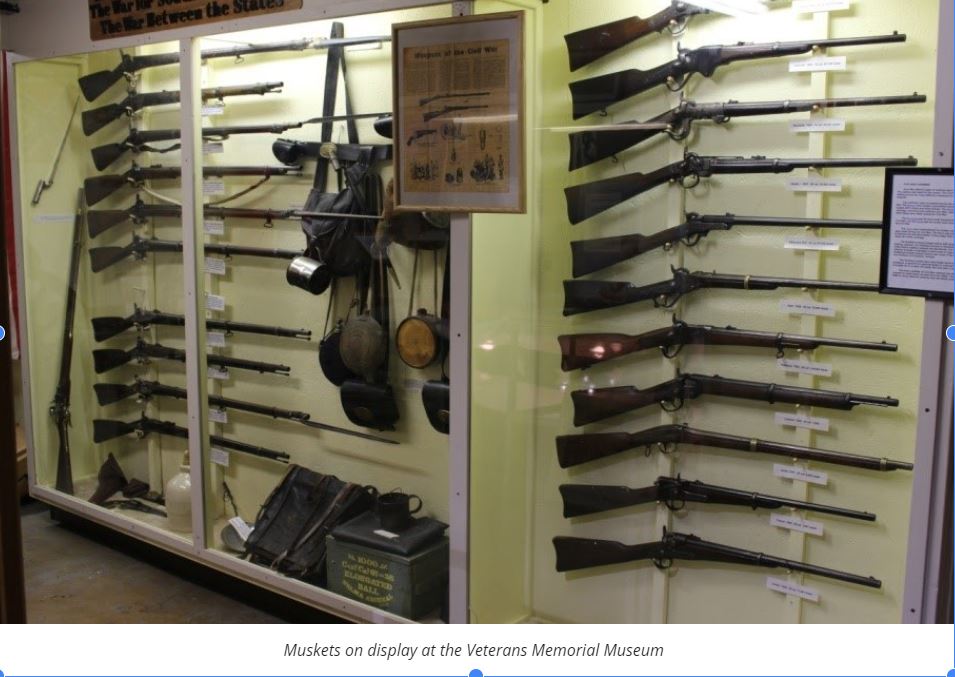 The Rifle Musket was usually a muzzle loader, which was loaded at the front of the gun barrel. Rifling the barrel of a musket and using a hollow-based conical bullet that expands when the bullet is fired causes the bullet to spin and greatly increases accuracy. The various rifled muskets used in the American Civil War are accurate to 300-400 yards or more in the right hands, though with the sighting systems available hitting a target at more than 200-250 yards involved a high amount of skill not likely found in the average soldier.

By the time of the Napoleonic Wars, infantry tactics with smoothbore muskets had evolved to massed fire from tightly packed groups of infantrymen. The men stood shoulder to shoulder and fired in volleys at another tightly packed formation. Usually the units would make some provision for firing from multiple ranks. The first rank would kneel and the second rank would fire over their heads while the first rank reloaded, the second rank would step forward/first rank backwards, or the second rank would fire between the heads of the men in the first rank when they reloaded. Either method would send twice the lead flying in the direction of the enemy compared to a single rank, and lessen the time between volleys. These formations would usually stand in an open field, 50-100 yards apart. Each unit would fire volleys at the other, with the goal being one formation or the other would take so many casualties that the commander of the unit would order a retreat, or the men in the formation would lose heart and run away. Usually one or both sides had artillery to aid in the process of disheartening the enemy, and if available cavalry would also be used to encourage the enemy to break ranks and run.  In the American Civil War, the formations were usually much longer lines of one or two ranks. Again, though much easier to reload, the rifled musket was difficult to load while walking or running, so a formation would usually load before moving, hold their fire until in position, then fire a volley.  The reloading process of the muzzle loading musket was so involved that the men just didn’t have time to aim, especially when firing in volley. The goal was to send the maximum amount of lead possible towards the enemy and taking time to aim was less important than each soldier quickly reloading so the group could fire another volley. To reload the rifleman tore the paper cartridge with his teeth, poured the powder into the muzzle, then rammed the bullet and paper down the top of it. Lastly he fitted the percussion cap on to the little tube at breech and pulled the hammer back ready for firing.  A good rifleman could reload and shoot three times a minute.

Offensive firepower alone would not ensure success, Attackers had to charge, and massed columns, with their greater depth, were often preferable to battle lines for making frontal assaults. Better yet were flank attacks, to "roll up" thin battle lines lengthwise. Offensive tacticians sought opportunity for such effective flank attacks; defensive tacticians countered by "refusing" these flanks on impassable barriers. In either posture, tacticians attempted to coordinate all their troops to deliver maximum force and firepower and to avoid being beaten "in detail" (piecemeal).

When the musket fired there is a smaller flash from the primer and often flying pieces of brass when the hammer strikes the cap, and often the entire cap flies off of the nipple. It is natural human reflex for the eyes to close.  The muskets produce smoke from the black powder, which is thick and blocks the frontal view of the soldier immediately after firing the weapon.  If there was no wind blowing, after a few volleys the view on the battlefield would be so obscured by smoke that neither side would be able to aim at the other.  In other words, it is very likely that a soldier was not actually taking aim at his target.  Regardless of the reason, failure to aim would negate most of the benefit of the rifled musket over the smoothbore musket, only the capability of faster reloading would remain, and that benefit would be recognized mainly from volley fire.  Less than a year into the American Civil War, troops were taking cover behind walls, fences, and other existing protection, and soon were building their own personal protection on the battlefield.

Smooth bore Muskets of the 1700’s Came in various bore diameters, from the French Charleville and early US military muskets at .69 calibers, to the British Brown Bess of nominal .75 calibers. The smooth-bore musket is accurate to maybe 50 yards when aimed. A round ball fired from a smooth barrel is fairly unstable and just not very accurate. Hitting a target over 50 or so yards becomes as much a matter of luck as skill.

The Rifle Musket was usually a muzzle loader, which was loaded at the front of the gun barrel. Rifling the barrel of a musket and using a hollow-based conical bullet that expands when the bullet is fired causes the bullet to spin and greatly increases accuracy. The various rifled muskets used in the American Civil War are accurate to 300-400 yards or more in the right hands, though with the sighting systems available hitting a target at more than 200-250 yards involved a high amount of skill not likely found in the average soldier. 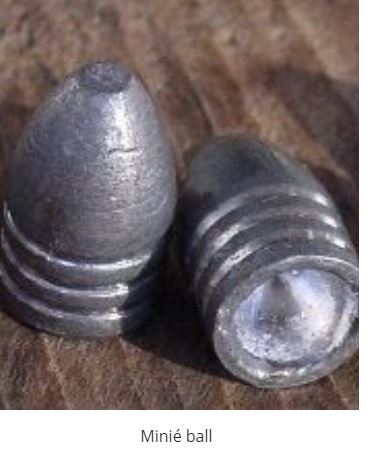 The use of hollow-based conical bullets (Minié ball) also sped up the reloading process somewhat. The round balls used in smooth-bore muskets were cast slightly smaller than the bore of the barrel for easier loading, then the paper from the cartridge was crammed into the barrel over the ball to prevent it’s rolling out. Fumbling with the wad of paper seems pretty difficult while under fire. This is probably slower than simply inserting a slightly loose conical bullet into the muzzle. And though each additional fired round in either musket makes ramming more difficult as partially burned powder accumulates in the barrel, ramming is much more easily accomplished with the hollow-based conical bullet. 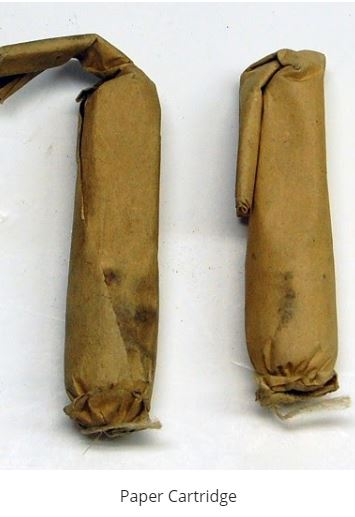 The paper cartridge was used with the rifle muskets had a pre-measured amount of black powder and a Minie’ ball wrapped in paper. The Rifleman would bite off the back end of the paper bullet cartridge with his teeth then pour the black powder down the barrel of his musket then insert the Minie’ ball with the paper. Then ram the bullet down the barrel. 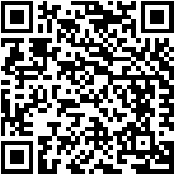