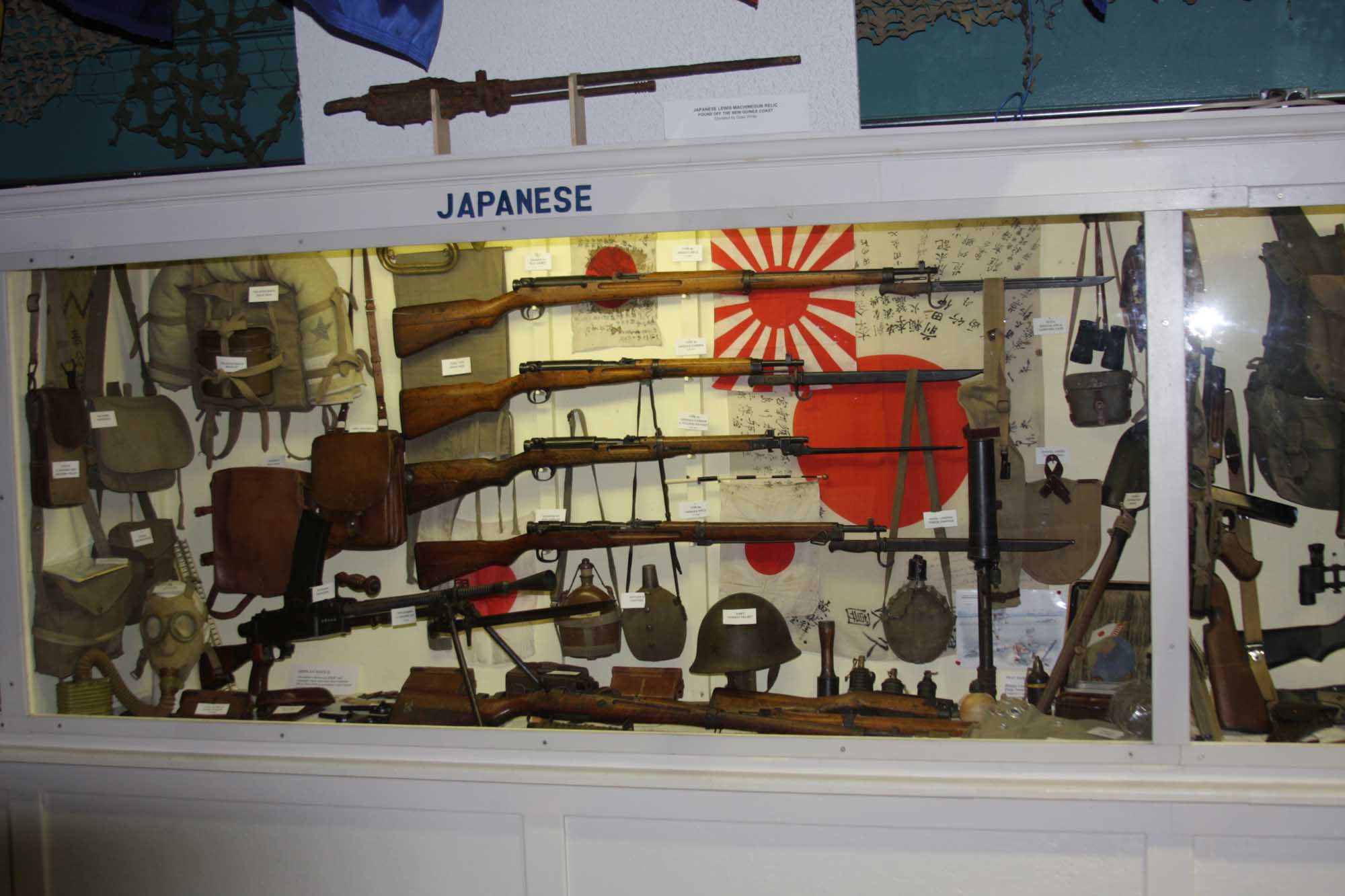 The Type 38 Arisaka Rifle is a bolt action rifle adopted by the Japanese Imperial Army and was employed by the Japanese during World War Two. The Type 38 is the successor to the older Type 30 rifle. The Type 38 was developed by Major Kijiro Nambu and incorporated several design improvements over the earlier model. By 1940 more than three million Type 38s had been issued to the Imperial Japanese Army.  The 6.5×50mmSR Arisaka cartridge used by the Type 38 did not compare favorably to the ammunition used by the other military organizations, so, a newer model which the used the more powerful 7.7×58mm Arisaka cartridge, the Type 99 was developed to replace the Type 38. 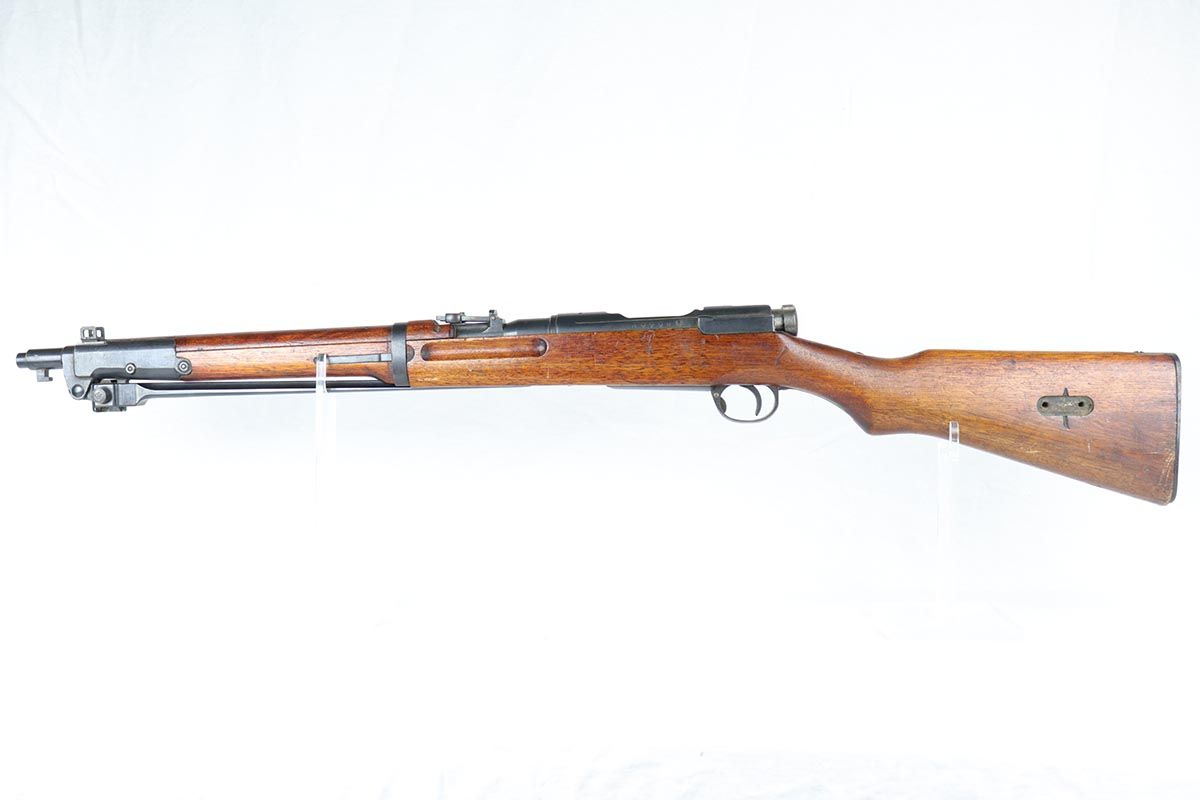 The Type 44 rifle entered production in 1911 and was employed by the Japanese Military until the end of World War Two. Approximately 92,000 were produced. The Type 44 Carbine was originally intended for issue to cavalry troops. The Type 44 design was based on the earlier Type 38. This rifle fired the 6.5×50mm Arisaka round, and was fed by an internal five-round box magazine.

The Type 2 Paratroop rifle is a take-down version of the Type 99 Arisaka rifle. The rifle is chambered for the 7.7mm X 58 Arisaka cartridge. The rifle is the result of several experiments in producing a rifle that can be broken down for paratroops. This mechanism can be seen in the middle of the weapon which holds the two halves together. Production for this rifle began in 1943. This model is very rare. Only about 21,000 were produced. 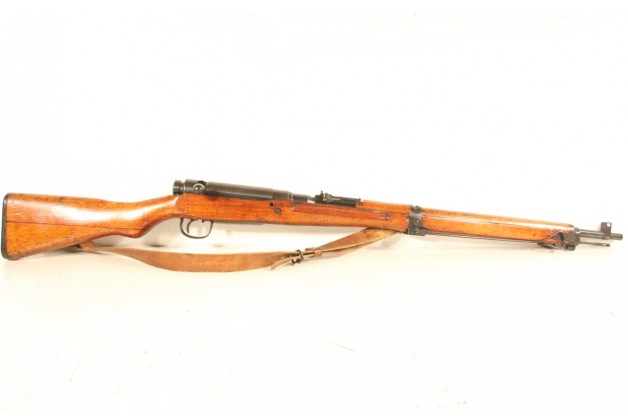 The Type 99 Arisaka Rfile was produced by the Japanese Imperial Army during World War Two. The Type 99 replaced the earlier Type 38 Rifle and employed a 7.7 mm cartridge, more powerful than the 6.5 mm used by the Type 38.  The Type 99 was the first rifle to be issued which incorporated a chrome lined bore. The Type 99 is one of the most robust military bolt action rifles ever made.

Towards the end of World War Two, several cost saving steps were implemented which reduced the overall quality of the rifle. Late models rifles were sometimes referred to as "Last Ditch" or "Substitute Standard" rifles and may be identified by the crude finish.

The Type 99 machine gun evolved from the 6.5 mm Type 96 machine gun and fired the more powerful 7.7 mm round. These two models were very similar in design. The Type 99 is easily identified by the top mounted curved 30 round magazine. The Barrel was designed for quick change out.  The sight could be adjusted from 200 - 1,500 meters. A 2.5 power scope was sometimes attached. The Type 99 came into service in 1939. 53,000 of these machine guns were manufactured.

The Type 11 Light Machinegun was the first light machine gun mass produced for the Japanese Imperial Army. It was also the oldest machine gun used by the Japanese in World War 2. It was replaced by the Type 96 machine gun. It was designed by Kijiro Nambu, and was based on a modification of the French Hotchkiss M1909 Benet-Mercie machine gun. It fired the 6.5 mm cartridge also used by the Type 38 Infantry rifle. The Type 11 was air-cooled and gas operated. The Type 11 machine gun was fed by a detachable hopper and does not use a belt or a box magazine. Although this hopper system did allow the ammunition to be continuously replenished, it was susceptible to contamination by dirt and grit which caused significant problems in the field. The weight of a fully loaded ammunition hopper caused the gun to become slightly imbalanced which required design of a unique stock slightly bent to the right. 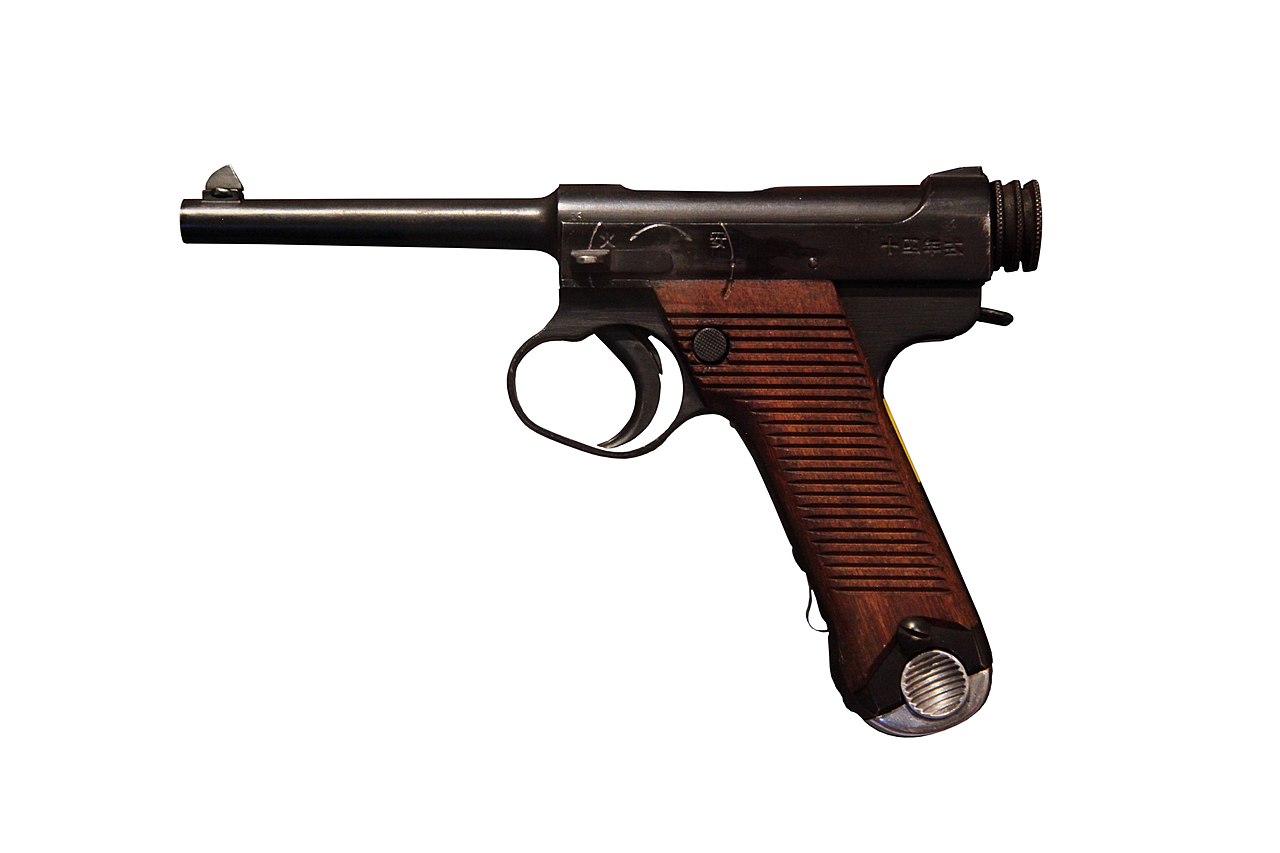 The Model 14 Nambu pistol was designed by Lieutenant General Kijiro Nambu. The Nambu pistol is a recoil operated, locked breech, semi-automatic pistol. These pistols have a slender barrel and a single piece frame. The barrel is forged integrally with the receiver. A common flaw in the Nambu pistol design was that the gun's safety catch and its magazine release did not enable the magazine to slide out of the gun once it was emptied, forcing its user to use both hands to remove it manually and thus slowing reloading. The catch was omitted entirely from the Type 14. The Model 14 was a redesign of earlier type A and B models with improvements intended for ease of manufacture. As many as 400,000 may have been produced. The Ruger .22 semi-automatic pistol series borrows some aspects of the Model 14 design.

The Type I rifle (upper case i) was an Italian rifle produced for the Japanese Empire. The Japanese Navy contracted with Italy to produce this rifle in 1937. The Type I is based on the design of the Type 38 but uses a Carcano action. It is chambered for the 6.5 mm cartridge. Half of the 80,000 rifles produced were made by Beretta. 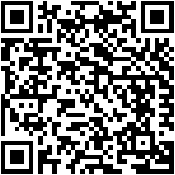