The "Brown Bess" is a nickname for the British Army's muzzle-loading smooth-bore musket.

This musket was used in the era of the expansion of the British Empire from 1722 until 1838, when they were superseded by a percussion cap smooth-bore musket.

The U.S. Veterans Memorial Museum has an Original Brown Bess Musket on display in the Revolutionary War and War of 1812 displays.  Some flintlocks were rifled.  The spiral grooves of rifling make rifles more accurate and give a longer effective range but a muzzle-loading firearm take more  time to load due to the tight-fitting ball, and after repeated shots black powder tended to foul the barrels.  Military musketeers couldn't afford to take the time to clean the rifles barrels in between shots and the rifle's greater accuracy was unnecessary when tactics were based on mass volleys.  Black powder also quickly obscured the battlefield, which led military leaders of the time to conclude that the greater range of rifles was of little value on the battlefield.  Military leaders therefore preferred the faster-loading smooth bore weapons over the more accurate rifles. Most military flintlocks were therefore smooth-bore.

Rifled flintlocks did see some military use by sharpshooters, skirmishers, and other support units.  Most male citizens of the American Colonies were required by law to own arms and ammunition for militia duty.  The Brown Bess was a common firearm in use by both sides in the American War of Independence.  Military flintlock muskets tended to weigh approximately ten pounds, as heavier weapons were found to be too cumbersome, and lighter weapons were not rugged or heavy enough to be used in hand-to-hand combat. They were usually designed to be fitted with a bayonet. The flintlocks, with a bayonet played a much more significant role, often accounting for a third or more of all battlefield casualties. This is a rather controversial topic in history though, given that casualties list from several battles in the 18th century showed that less than 2% of wounds were caused by bayonets.

The weapons used in the war of 1812 were knives, swords, bayonets, pistols, muskets, rifles, cannons and to a lesser extent, crude bombs. Among these different kinds of weapons, muskets and rifles with bayonets were the most used and in fact, were considered as the weapons that won the battles between these two opposing armies. This is because most battles were frontal in nature with wide distances between sides that would naturally call for the use of muskets and rifles.

When it comes to close combat fighting, the weapons used in the war of 1812 were bayonets attached on muskets and rifles; Swords, knives were also used for close combat and pistols.  However, pistols were usually used by army officers thus they were rarely used in close quarter fighting among soldiers.

On the other hand, cannons which were the artilleries weapons used in the war of 1812 were utilized for the bombardment of buildings and perimeter defenses of the other side prior to assault of the attacking forces.   However, during those days, these cannons were not accurate in hitting their target and were not depended upon to win battles.

Cannons were of several kinds.  There were cannons designed for use aboard ships which were the specialty of the British naval forces during those periods. Cannons for use on land were known as the early mortars that can carry cannon balls to far distances. Cannons that would comprise an attacking force were called artilleries.  These cannons were movable carried on wooden wheel contraptions and carried to its location by horses. There were several models or types of cannons that the British and American forces used to fight each other.  These types of cannons would depend on the poundage of the cannon balls that they can carry.

The beginning of the Mexican War coincided with a shift in the U.S. Army from the flintlock firing system to the much more reliable percussion cap ignition system.  Flintlock muskets were temperamental weapons and often failed to discharge. This was especially true during times of humid or rainy weather. In some instances, the vent became clogged and prevented the flame from reaching the chamber, creating a "flash in the pan" but no discharge.

The percussion cap system, officially adopted by the U.S. Army in 1842, was an innovation that greatly improved the reliability of period firearms and made flintlock muskets obsolete. A small copper cap containing a tiny amount of fulminate of mercury would be placed on top of a hollow machined cone that screwed into the touch hole or vent.  When the musket's trigger was pulled, it released a spring loaded hammer that would strike the percussion cap, igniting the fulminate of mercury, which shot hot gases through the vent and into the barrel's chamber.  The small caps were first carried in a pocket of the soldier's jacket, but this proved impractical and a new accouterments called the cap box was introduced. The percussion cap system worked under almost any condition.

During the American Civil War, an assortment of small arms found their way onto the battlefield.  Though the muzzle-loading percussion cap rifle was the most numerous weapon, being standard-issue for both the Union and Confederate armies, many other firearms, ranging from the single shot breech-loading Sharps and Burnside rifles to the Spencer and the Henry rifles, two of the world's first repeating rifles, were issued by the hundreds of thousands, mostly by the Union Army.  In the decades leading up to the Civil War, numerous advances had been made in small arms technology.  The flintlock, which had been in use for over two hundred years, had been replaced by the percussion cap in the 1840s.  Muzzle-loading rifles had been in use for many years but prior to the Civil War seen limited military use.  The black powder at the time quickly fouled the barrel, making reloading slower and more difficult since the balls had to be patched and matched closely to the bore size for rifles.   Loads used for smoothbore muskets did not need to fit as tightly or be pushed past rifling grooves in the barrel and, therefore, did not suffer from the slow loading problem common to rifles.

America's weapons far outdid Mexico's in their technology and efficiency.  Muskets, rifles, pistols, colt revolvers, bayonets, swords and artillery pieces were all used against the Mexican forces.  The standard issue firearm for the U.S. soldier was the .69-caliber smoothbore flintlock musket.  It could hit a target from 100 yards. There were 10 different models used during the Mexican conflict. Officers carried double-barreled shotguns for closer combat.  For sidearms, flintlock or percussion pistols were issued, but could only shoot accurately for 10 or 15 yards.  But the U.S.'s advantage was in its artillery.  Their cannonballs, shells, canisters were effective for up to 300 yards.  In the Mexican–American War, the U.S. Army horse artillery, or "flying artillery" played a decisive role in several key battles. Flying artillery units could fire more than five times faster than Mexican artillery.

Mexicans used smoobore flintlock muskets, pistols, sabers, short swords, lances and out of date cannons.  In general their weaponry was older, heavier and less reliable than that of the Americans.  Mexico had no armory to make weapons so they bought theirs from Europe, often settling for the weapons the Europeans no longer used or wanted, purchasing at a discount. Muskets and rifles from the 1830s were common.  They used the cannons of different calibers, which were often defective, and ammunition was limited.  Bad powder and wrongly sized balls, made their musket shooting inaccurate. 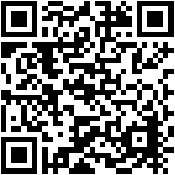