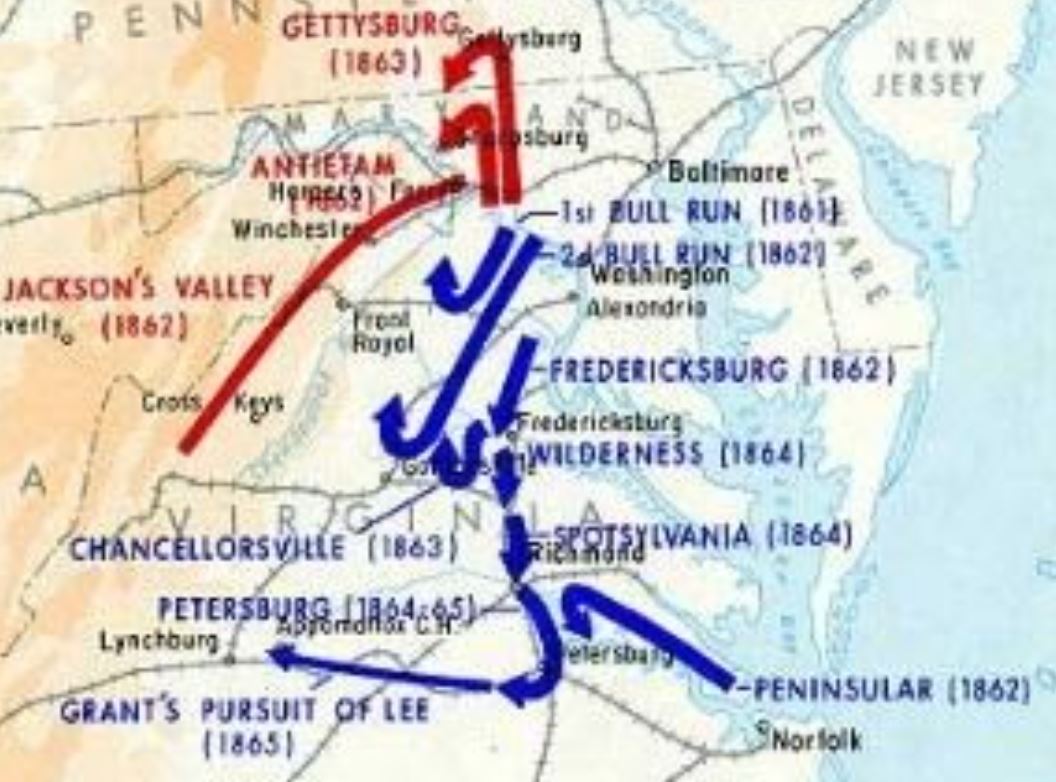 In the First Battle of Bull Run (known in the South as First Manassas) on July 21, 1861, 35,000 Confederate soldiers under the command of Thomas Jonathan “Stonewall” Jackson forced a greater number of Union forces (or Federals) to retreat towards Washington, D.C., dashing any hopes of a quick Union victory and leading Lincoln to call for 500,000 more recruits. In fact, both sides’ initial call for troops had to be widened after it became clear that the war would not be a limited or short conflict.George B. McClellan–who replaced the aging General Winfield Scott as supreme commander of the Union Army after the first months of the war–was beloved by his troops, but his reluctance to advance frustrated Lincoln. In the spring of 1862, McClellan finally led his Army of the Potomac up the peninsula between the York and James Rivers, capturing Yorktown on May 4. The combined forces of Robert E. Lee and Jackson successfully drove back McClellan’s army in the Seven Days’ Battles (June 25-July 1), and a cautious McClellan called for yet more reinforcements in order to move against Richmond. Lincoln refused, and instead withdrew the Army of the Potomac to Washington.  By mid-1862, McClellan had been replaced as Union general-in-chief by Henry W. Halleck, though he remained in command of the Army of the Potomac.

Lee then moved his troops northwards and split his men, sending Jackson to meet Pope’s forces near Manassas, while Lee himself moved separately with the second half of the army. On August 29, Union troops led by John Pope struck Jackson’s forces in the Second Battle of Bull Run (Second Manassas). The next day, Lee hit the Federal left flank with a massive assault, driving Pope’s men back towards Washington. On the heels of his victory at Manassas, Lee began the first Confederate invasion of the North. Despite contradictory orders from Lincoln and Halleck, McClellan was able to reorganize his army and strike at Lee on September 14 in Maryland, driving the Confederates back to a defensive position along Antietam Creek, near Sharpsburg.

On September 17, the Army of the Potomac hit Lee’s forces (reinforced by Jackson’s) in what became the war’s bloodiest single day of fighting. Total casualties at the Battle of Antietam (also known as the Battle of Sharpsburg) numbered 12,410 of some 69,000 troops on the Union side, and 13,724 of around 52,000 for the Confederates. The Union victory at Antietam would prove decisive, as it halted the Confederate advance in Maryland and forced Lee to retreat into Virginia. Still, McClellan’s failure to pursue his advantage earned him the scorn of Lincoln and Halleck, who removed him from command in favor of Ambrose E. Burnside. Burnside’s assault on Lee’s troops near Fredericksburg on December 13 ended in heavy Union casualties and a Confederate victory; he was promptly replaced by Joseph “Fighting Joe” Hooker, and both armies settled into winter quarters across the Rappahannock River from each other Lincoln had used the occasion of the Union victory at Antietam to issue a preliminary Emancipation Proclamation, which freed all slaves in the rebellious states after January 1, 1863. He justified his decision as a wartime measure, and did not go so far as to free the slaves in the border states loyal to the Union. Still, the Emancipation Proclamation deprived the Confederacy of the bulk of its labor forces and put international public opinion strongly on the Union side. Some 186,000 black Civil War soldiers would join the Union Army by the time the war ended in 1865, and 38,000 lost their lives.

In the spring of 1863, Hooker’s plans for a Union offensive were thwarted by a surprise attack by the bulk of Lee’s forces on May 1, whereupon Hooker pulled his men back to Chancellorsville. The Confederates gained a costly victory in the Battle of Chancellorsville, suffering 13,000 casualties (around 22 percent of their troops); the Union lost 17,000 men (15 percent).  Lee launched another invasion of the North in early June, attacking Union forces commanded by General George Meade on July 1 near Gettysburg, in southern Pennsylvania. Over three days of fierce fighting, the Confederates were unable to push through the Union center, and suffered casualties of close to 60 percent In March 1864, Lincoln put Grant in supreme command of the Union armies, replacing Halleck. Leaving William Tecumseh Sherman in control in the West, Grant headed to Washington, where he led the Army of the Potomac towards Lee’s troops in northern Virginia. Despite heavy Union casualties in the Battle of the Wilderness and at Spotsylvania (both May 1864), at Cold Harbor (early June) and the key rail center of Petersburg (June), Grant pursued a strategy of attrition, putting Petersburg under siege for the next nine months. Meanwhile, exhausted by the Union siege of Petersburg and Richmond, Lee’s forces made a last attempt at resistance, attacking and captured the Federal-controlled Fort Stedman on March 25. An immediate counterattack reversed the victory, however, and on the night of April 2-3 Lee’s forces evacuated Richmond. For most of the next week, Grant and Meade pursued the Confederates along the Appomattox River, finally exhausting their possibilities for escape. Grant accepted Lee’s surrender at Appomattox Court House on April 9. 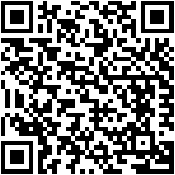