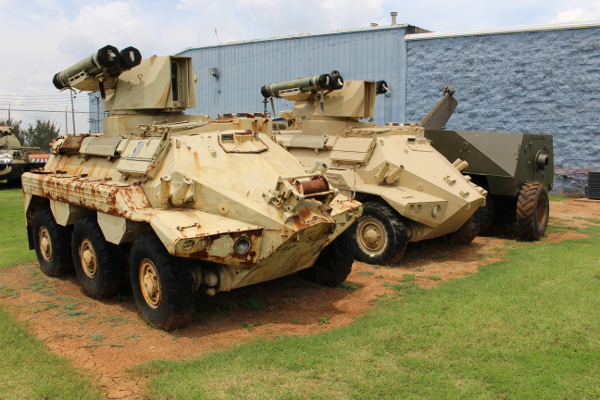 Panhard, is a French motor vehicle manufacturer. Initially, Panhard manufactured automobiles but later ventured into production of light military vehicles. The VCR is a 6 wheeled vehicle intended to provide a platform for various light weapons such as anti-aircraft, anti-tank weapons, various machine guns, cannons, and mortars. Variants of the VCR also served as command vehicles. The VCR was developed in 1975 and large numbers of these vehicles were acquired by the French army. The design is based on the earlier very successful M-3 APC of which 1200 were built. The m-3 was too light to support the ATGM turret desired by the Iraqis. The VCR was a development by Panhard to suit this need. This vehicle was also sold to several nations via the export market including Argentina, Iraq, Mexico and the United Arab Emirates which became the largest operator of the vehicle. The Mexican government acquired a small number of the reconnaissance version of the VCR and employed them in mixed armored and cavalry formations with the Panhard Lynx. Production for export began in 1979. At present, production has ceased and the vehicle is no longer being marketed. It is worth noting here that, while the VCR serves the basic function of transporting troops onto the battlefield similar to any APC, the VCR with its light armor is at a disadvantage in any environment where it may come into contact with main battle tanks, such as the European theater. However, this is not the case in Mexico and the vehicles provide excellent mobility and rapid movement.

The vehicle has an all welded steel hull to provide protection for the crew against small arms fire and shrapnel. The floor of the hull has a "V" shape to deflect road obstacles and the blast of mines. The driver sits in the front center of the hull and has day periscopes and an image intensification periscope for nighttime conditions. The commander sits behind the driver in a slightly elevated position with all-round viewing periscopes. The turret has an optical sight with a magnification of ×3 with an 18° field of view and ×12 with a 5° field of view, elevation being +22°, depression -10° and the turret is capable of traversing 360°. The VCR has 8 mm of steel armor on all sides except the front which has 12 mm. This provides protection against 12.7 mm AP rounds in the front and against 7.62 mm AP rounds on all other sides. The vehicle is a longer version of the M-3 but is still very short and compact. The VCR weighs almost 8 tons and is 4.8 meters long.

The vehicle is powered by a Pugeot V-6 145 hp. petrol engine and fitted with a transversely mounted Panhard gearbox. The transmission utilizes 6 forward gears and 1 reverse gear and a limited-slip differential. The front and rear wheels are equipped with single coil springs with telescopic hydraulic dampers. The vehicle has a top road speed of 90 km/h and a top speed in water of 4 km/h. It has an operational range of 700 km. The vehicle is designed such that when driving on surfaced roads, the front and rear wheels contact the road while the center wheels are elevated and raised clear of the road surface. On rough terrain or on sand, all six wheels are in contact with the ground. This design characteristic was shared by the BDRM APC produced by the USSR. Interestingly, the center wheels are still powered when retracted. All wheels are equipped with disc brakes and only the front wheels are turned using hydraulic steering. The vehicle is operated by a crew of 4 and will accommodate 10 infantrymen seated on bench seats. The troops enter and leave the vehicle through a door in the rear of the hull. The low-pressure tires are equipped with Hutchinson cellular inner tubes, which allow the vehicle to travel at least 100 km at 30 km/h when the tires have been punctured.

The VCR is fully amphibious and is propelled by the rotation of the wheels and steered in water just as on land by turning the front wheels left or right. Optional equipment for the VCR includes an NBC system, air-conditioning and passive night vision equipment. Smoke grenade launchers are located on the front of the hull. The VCR is also equipped with a front-mounted winch with 60 m of cable and a capacity of 3,000 kg,

The specimen exhibited at the Veteran's Museum is a Panhard VCR HOT. This is the tank destroyer version of the VCR and is equipped with The Euro missile UTM 800 HOT turret mounted on a raised plinth to the rear of the commander's position. The HOT turret is equipped with four ready-to-launch wire guided ATGM (antitank guided missile), with a range of approximately 4,000 meters. Supplies of 10 missiles are contained in the hull and are loaded into the turret via a hatch in the top of the hull. 100 of these vehicles exported to Iraq. 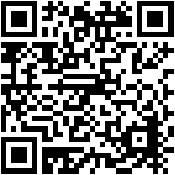