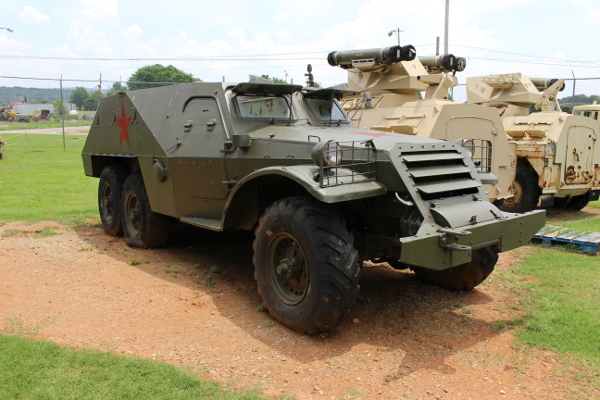 The BTR 152 is a Soviet six wheeled armored personnel carrier and succeeded the previous BTR-40 model. It was built using the chassis of a Zis-151 utility truck. The vehicle entered service in 1950 and was used heavily by several Warsaw Pact nations. It was, at that time, the standard personnel carrier for motorized rifle battalions. The BTR was succeeded by the BTR 60 APC. BTR-152s were manufactured in large numbers with several variants in the design. They were produced for the Soviet military as well as for export to Soviet client states. Three variants were most common: the base vehicle with a single machine gun, an unarmed command vehicle and an anti-aircraft version. Each vehicle had the capacity to carry a single infantry squad of up to fifteen troops or a special weapons team with equipment. The BTR-152 was also employed as an artillery tractor. The development of the vehicle followed advancement of new tactical methods where infantry were carried onto the battlefield with tanks in combined arms offensives. Previously, Soviet troops rode into battle on tanks with no protection and were vulnerable to enemy fire. The armored APC gave the infantry the mobility and speed to accompany tanks into battle with some protection. The APC's could carry the infantry into battle with the tanks and allow the troops to disembark when they arrived at the battlefield. The first prototype was developed in 1949 and tested by the Soviet Armed Forces. Mass production began in 1950. The BTR-152 was the first APC mass produced by the Soviet Armed Forces.

The BTR-152 had some drawbacks: it had an open top which made the occupants vulnerable to indirect fire. Also it was not amphibious and the design was incompatible with NBC protection. Another design flaw was the tendency to position fuel tanks behind the driver and co-driver seats. This prompted the crew to abandon the vehicle when disabled. Despite these drawbacks, they were economical, they provided the infantry with mobility, and were widely deployed. As fighting tactics evolved, new designs emerged which resulted in the development of the ubiquitous 8 wheeled BTR-60. Between 1950 and 1959, an estimated 8600 BTR-152's were produced. This model was phased out in favor of the newer BTR-60. Upon reaching obsolescence, many were diverted to Soviet Client states in Africa, and the Middle East. Production ceased in 1962.

The BTR-152 APC was first used by the Soviet Military to suppress the uprising in Hungary. Here the open top configuration made them vulnerable to Molotov cocktails and the rubber tires caught fire.

Egypt and Syria received a substantial quantity of these vehicles where they were used against Israel during the 6 Day War. The Syrians tended to use them as mobile fire bases instead of their original purpose as troop   transports. In this role, they found themselves at a severe disadvantage when they encountered Israeli armor on the battlefield. These vehicles also saw service in Vietnam, Chad, Somalia, Mozambique, and Rhodesia

The BTR-152 is a modified truck with armor and an open top chassis designed to carry troops. The slopping hull was designed to deflect shell fragments. The sides and rear have firing ports. Doors on the rear allow troops to exit the vehicle. A crew of two operated the APC: a driver and a radio operator. The driver and the radio operator positions are equipped with individual windscreens which can be covered by twin armored shutters with integral vision blocks. The welded steel armor plate provides protection against small arms fire and shell fragments but is vulnerable to heavy caliber shells and heavy machine gun fire. The BTR-152 was powered by a six-cylinder ZiL-123 in-line water-cooled gasoline engine generating 110 hp. Louvers on the front of the engine compartment offered protection to the engine when closed, but the driver must take care to moderate demands on the engine when in this condition. The gearbox provided five forward speeds and one reverse speed. The suspension utilized leaf springs and hydraulic shock absorbers. A new variant with an enclosed hull design was produced in the late 1950's. This design offered greater protection and NBC compatibility at the cost of visibility for the occupants. The BTR-152 was not amphibious but could ford 30 inches of water.

The exterior of the vehicle was fitted with entrenching tools including a shovel, pick axe and crowbar. Firing ports on the sides and rear of the vehicle provided the infantry on-board with a 360 degree field of fire.

"In the 1950s, a system of centralized tire inflation was tested for modifications with the BTR-152B index, which allowed it to continue driving when a tire or tires were pierced — the driver was only required to turn on the pump to re-inflate the tires. Also, this system allowed "to unleash" tire pressure in order to drive through a piece of shaky soil, and then quickly pump up the same compressor. The use of such a device was highly appreciated by the legendary Marshal of the Soviet Union G.K. Zhukov, who served as Minister of Defense. In 1955, the BTR-152B went into production with external tire inflation pipelines, which prominently protruded near the wheels. After some time, an improved pumping system was developed with internal hoses passing through the crankcases of bridges and hubs. It, following the example of the BTR-152V1, was obtained by ZIL-131, Ural-375 and other domestic SUVs."

The BTR was typically equipped with a 7.62 medium machine gun and carried a standard load of 1250 rounds. Additional machine guns could be mounted on the sides of the chassis. Some BTR's were equipped with 12.7 dshk heavy machine guns. The BTR 152 A variant carried twin KPV machine guns in a ZPU-2 anti-aircraft mount.

As the design of the APC was based on the ZiS-151 truck, it shared the same maintenance problems and poor cross-country mobility as the truck. Many nations still operate the BTR-152: Angola, Cambodia, Congo, Cuba, Ethiopia, Laos, North Korea, Sudan, Syria and Vietnam. The BTR-152 was replaced by the BTR-60 series.

The U.S. Veterans Memorial Museum’s Russian BTR 152 armored car, was captured in the 1967 Arab Israeli War. This particular vehicle was used by the Israelis until the 1980's when it was declared surplus. 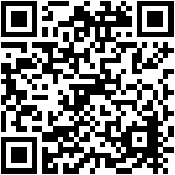