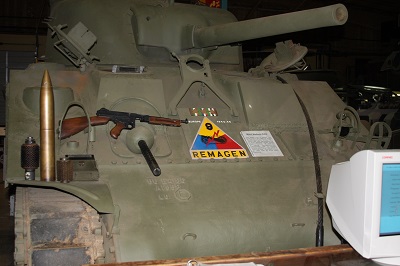 This M4A3 is one of 1,690 build by Ford Motor Company between June 1943 to Sep. 1944. The Ford Sherman had the best engine, that being the Ford GAA V-8 which had the best horspower per ton ratio and a top speed of 26 mph. The GAA V8 is a gasoline fuled engine and produces about 500 HP. Fuel economy was good and range was 130 miles (.8 mpg).  Beginning in December of 1943, many tanks were upgraded by welding an appliqu’e armor plate in front of the driver and  assistant driver hatches and on the hull side of the tank for more protection. The M4A3 Sherman Medium Tank has a welded hull and a cast turret which mountes a 75 mm gun.  The tank had a manual, non-synchronized transmission with 5 forward speeds. 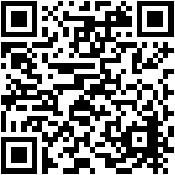