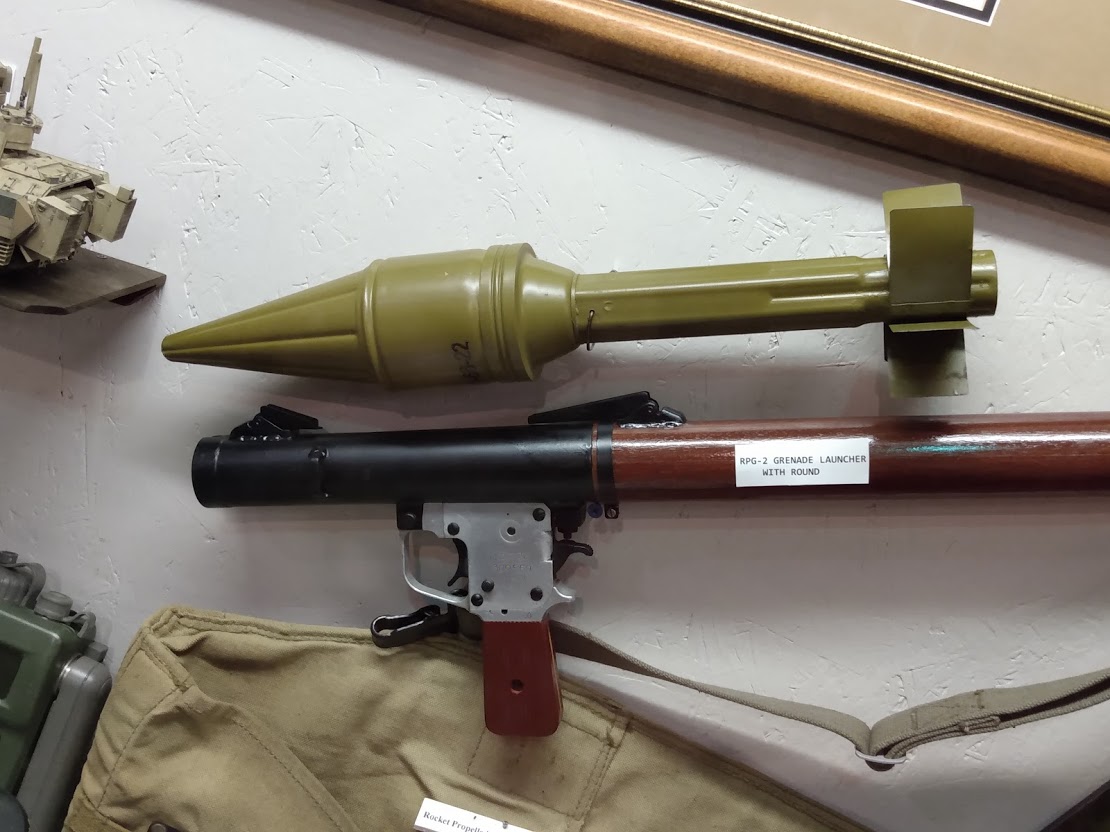 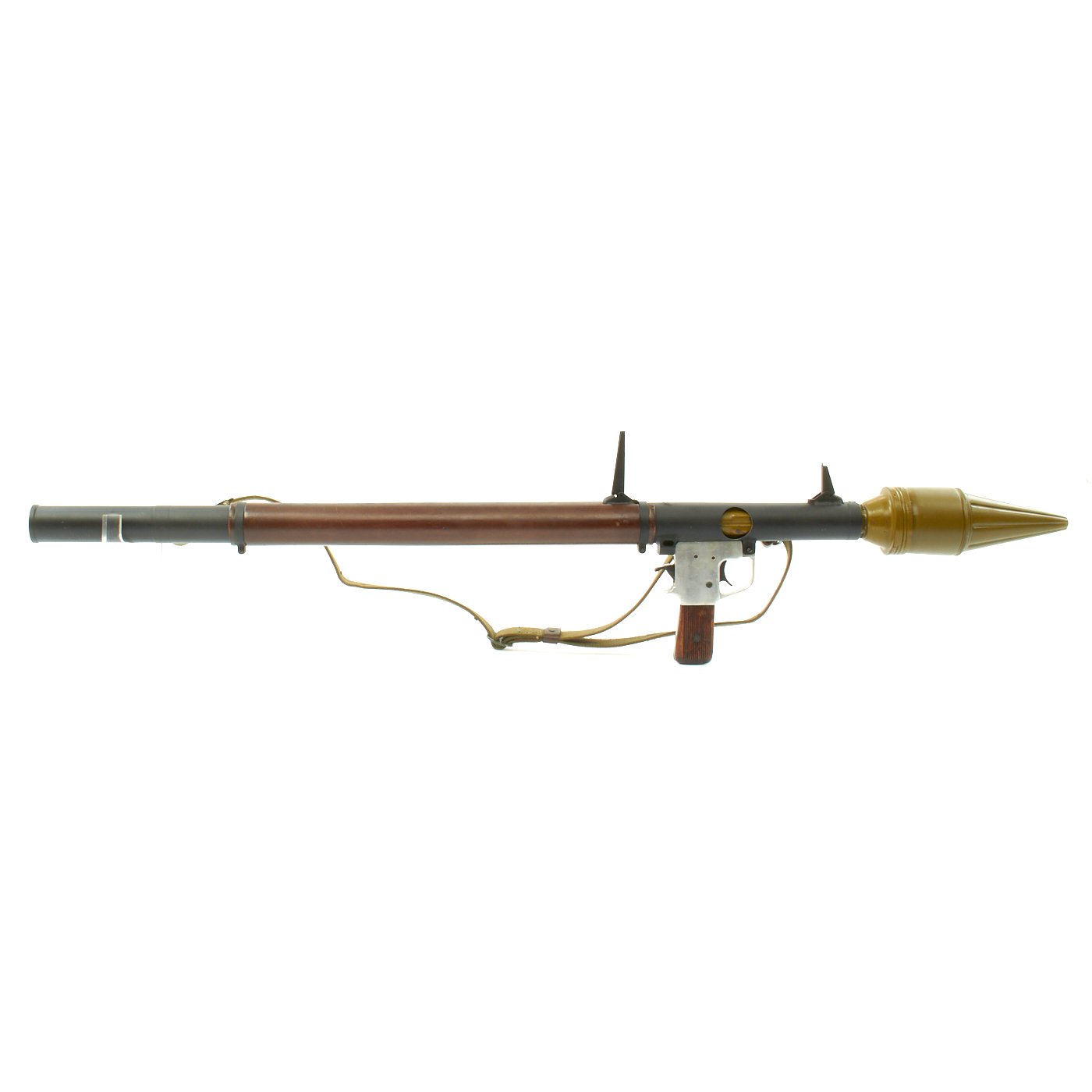 The RPG-2 is an early man portable, shoulder fired rocket developed by the Soviet Union shortly after World War Two. The design was inspired by the German single-use Panzerfaust Anti-Tank Rocket and intended to be used against tanks and other armored vehicles. In practice, the RPG-2 was also used against troops and low flying helicopters. The RPG-2 consists of a launcher assembly and the rocket. The main utility of the RPG was its small size which allowed it to be carried by infantry, and the effectiveness  of its high explosive shaped charge warhead which could penetrate up to 6 inches of armor.  This provided the infantry with effective anti-tank capability in areas where limited access prevented the transport of larger and heavier artillery. The RPG-2 uses a shaped charge in which the explosive is made with a conical hollow. This concentrates the explosive power of the warhead on its impact point. Earlier anti-tank weapons relied purely on the kinetic force of the projectile to penetrate armor.  The RPG is an inexpensive means for delivering an explosive payload over a distance with a moderate amount of accuracy. The RPG-2 is a simple system designed to be aimed and fired. There is no in-flight adjustment of the path of the projectile.  Because of this, an RPG-2 projectile is not susceptible to electronic jamming or other similar counter measures.  The warhead of the projectile utilizes a fuse but will also detonate on impact. The launcher is a steel tube with a wooden cover. The cover protects the user from the heat generated by the launch of the warhead and extreme cold temperatures. A pistol grip with a trigger is used to fire the rocket. The rocket is aimed by use of two flip-up sights. The rocket is stabilized in flight be several folding fins. The RPG-2 went into service with Soviet and Communist bloc military forces in 1950. It was considered obsolete in the mid 1960's as a result of improvements in tank armor.  The RPG-2 was later replaced by the ubiquitous RPG-7 which retains the same pistol-grip design of the RPG-2. The maximum range of the RPG-2 is 150 meters. The RPG-2 rocket consists of an over-sized warhead, a stabilizer tube in the middle, and six spring loaded folding fins at the end. The screw-on rocket motor is located at the rear of the rocket. The RPG-2 rocket uses black powder as its propellant. When launched, the rocket propellant is completely expended before the rocket leaves the tube. The rocket is propelled forward and coasts to its target.  The RPG-2 weighs about 6 pounds unloaded. 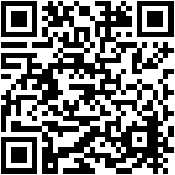